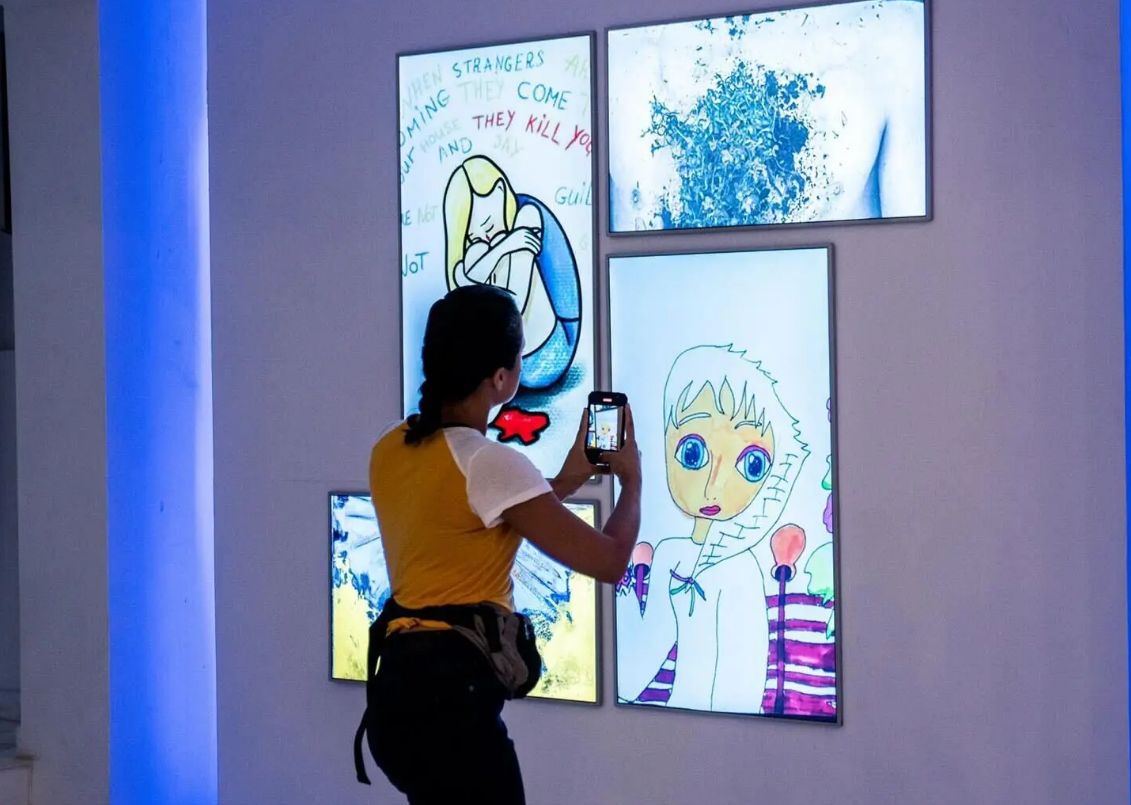 Lika Spivakovska, the owner of two art galleries in Kyiv, Ukraine, has partnered with an NFT gallery in Puerto Rico to auction off pictures of art damaged and created during the war. The money will go to Ukrainian artists and other humanitarian aid.

Lika Spivakovska closed her two art galleries in Kyiv, Ukraine, hours after Russia invaded her country and felt helpless as she traveled across Europe, seeking refuge with her two children. Artists stuck in Ukraine had been messaging her all week, saying that their home workshops and studios had been destroyed by attackers.

Explosions in eastern Ukraine had damaged about 20 dedicated spaces for artists, leaving canvasses charred, paintings tattered and entire livelihoods lost, according to text messages sent to Ms. Spivakovska. “I am without studio, paints, canvasses and none of my own works,” one artist lamented in a message.

“I felt so guilty,” said Ms. Spivakovska, 38, who has been championing emerging Ukrainian artists for nearly a decade, placing their work in one of her galleries, Spivakovska Art:Ego, which opened in 2014.

Now it was her responsibility, she believed, to help them throughout the war.

She posted a call for help on Facebook in February, asking if someone could connect her with a person familiar with NFTs, or nonfungible tokens — a kind of digital collectible item that is stamped with a unique bit of code that serves as a permanent record of its authenticity.

Many of the artists’ works had been destroyed; but maybe, she thought, the saved photos of their pieces could be digitized into NFTs. Maybe that would allow poor Ukrainian painters to stay financially afloat through online auctions as the war dragged on.

“When I got the phone call from her, it was 4 o’clock in the morning,” Ms. Pierce said, “and I knew it was something important.”

She told Ms. Spivakovska that the photos of the Ukrainians’ art, and the images taken of the damaged paintings and drawings after Russian attacks, could be minted into NFTs and be a part of a show at the Lighthouse museum in San Juan.

Ms. Spivakovska, who also founded a celebrity theater and is the editor in chief of ARTNEWS.ONE, an online art publication, wanted to increase the show’s reach.

Artists and children were still drawing and painting in bomb shelters, often on iPads. Perhaps their artwork could also be sold as NFTs, she said, with all the money going directly to humanitarian efforts in Ukraine or to the artists and families of the children who provided artwork.

Ms. Pierce agreed, and just a day after speaking on the phone, a show in March titled “Lighthouse for Ukraine” raised more than $30,000, with one NFT of a painting partially damaged by a Russian bomb selling for about $10,000. Ms. Spivakovska asked people to send her more art so that their nation could fully chronicle the war’s toll.

In two weeks, she received more than 450 artworks, mostly digital paintings that Ukrainians completed in bomb shelters, and placed them on OpenSea, a marketplace for people to buy and sell NFTs. Some pieces depict the dark realities of war, such as bloodied bodies and a mother breastfeeding in a bomb shelter, while others express joy in yellow and blue flowers. Some also mock President Vladimir Putin of Russia and illustrate him as a demon or snakelike creature with horns.

One of the artists who contributed to the project, Marianna Gyshchak, 30, of Kyiv, said over WhatsApp on Wednesday that her drawing “Fight for Freedom,” which was turned into an NFT, was a “cry from my heart made in the bomb shelter.”

She would bundle up in layers to keep warm in the windowless shelter and set an iPad on her lap, coloring in the blue and yellow hair of the woman centering her piece, who is holding a silver trident that resembles the national symbol of Ukraine.

After it sold, Ms. Spivakovska said, she tried to contact Ms. Gyshchak to share the good news but was unable to reach her. Ms. Gyshchak had been in hiding in Irpin, a suburb of Kyiv that had become among the most fiercely contested areas of fighting in March.

Ms. Spivakovska said she recalled thinking at the time: What if she is killed?

A few days later, she connected online with Ms. Gyshchak. When told that someone had purchased “Fight for Freedom,” Ms. Gyshchak told Ms. Spivakovska to donate all the proceeds to the Ukrainian army.

“They are saving our lives, and I am happy that my talent and art can help them,” she said. “This is the least I can do.”

Ms. Pierce, of the Lighthouse NFT gallery, said that the gallery was planning another Ukrainian NFT art show in May, and that all the money from sales would go to artists or for humanitarian support.

“What has happened is there’s been this pouring in of art from the country that we can now do something bigger,” she said.

Some of the paintings are from children, who have been sleeping for weeks in bomb shelters and spending some of their days drawing on paper or electronic tablets.

One piece by a 7-year-old shows a curvy, bright rainbow encircled by bombs drawn in messy squiggles. Another is from a 3-year-old girl whose grandmother died during the war. The drawing is a memory of her, Ms. Pierce said.

Recently, President Volodymyr Zelensky of Ukraine spoke about the power of art in a video address to artists and cultural leaders at the Venice Biennale in Italy.

“Art can tell the world things that cannot be shared otherwise,” he said.

Ms. Spivakovska agreed with that sentiment and said she was hopeful that she would someday be able to return home to her galleries in Kyiv.

For two months now, life has felt uncontrollable for Ukrainians, she said. And for artists, she added, “all that they can control is their talent.”

is a collection of drawings made by children from Ukraine!

The UNKC is a collection of 1,315 unique NFT digital collectibles on the Polygon blockchain. 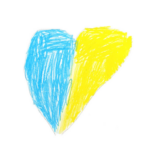 Asia Kratsevych Butterfly clouds Danyil Kratsevych Face Flag Flower flowers Guelder-Rose Heart Ice Cream Leaves Nazarii Kolodii tree
We use cookies on our website to give you the most relevant experience by remembering your preferences and repeat visits. By clicking “Accept”, you consent to the use of ALL the cookies.
Do not sell my personal information.
Cookie SettingsAccept
Manage consent

This website uses cookies to improve your experience while you navigate through the website. Out of these, the cookies that are categorized as necessary are stored on your browser as they are essential for the working of basic functionalities of the website. We also use third-party cookies that help us analyze and understand how you use this website. These cookies will be stored in your browser only with your consent. You also have the option to opt-out of these cookies. But opting out of some of these cookies may affect your browsing experience.
Necessary Always Enabled
Necessary cookies are absolutely essential for the website to function properly. These cookies ensure basic functionalities and security features of the website, anonymously.
Functional
Functional cookies help to perform certain functionalities like sharing the content of the website on social media platforms, collect feedbacks, and other third-party features.
Performance
Performance cookies are used to understand and analyze the key performance indexes of the website which helps in delivering a better user experience for the visitors.
Analytics
Analytical cookies are used to understand how visitors interact with the website. These cookies help provide information on metrics the number of visitors, bounce rate, traffic source, etc.
Advertisement
Advertisement cookies are used to provide visitors with relevant ads and marketing campaigns. These cookies track visitors across websites and collect information to provide customized ads.
Others
Other uncategorized cookies are those that are being analyzed and have not been classified into a category as yet.
SAVE & ACCEPT